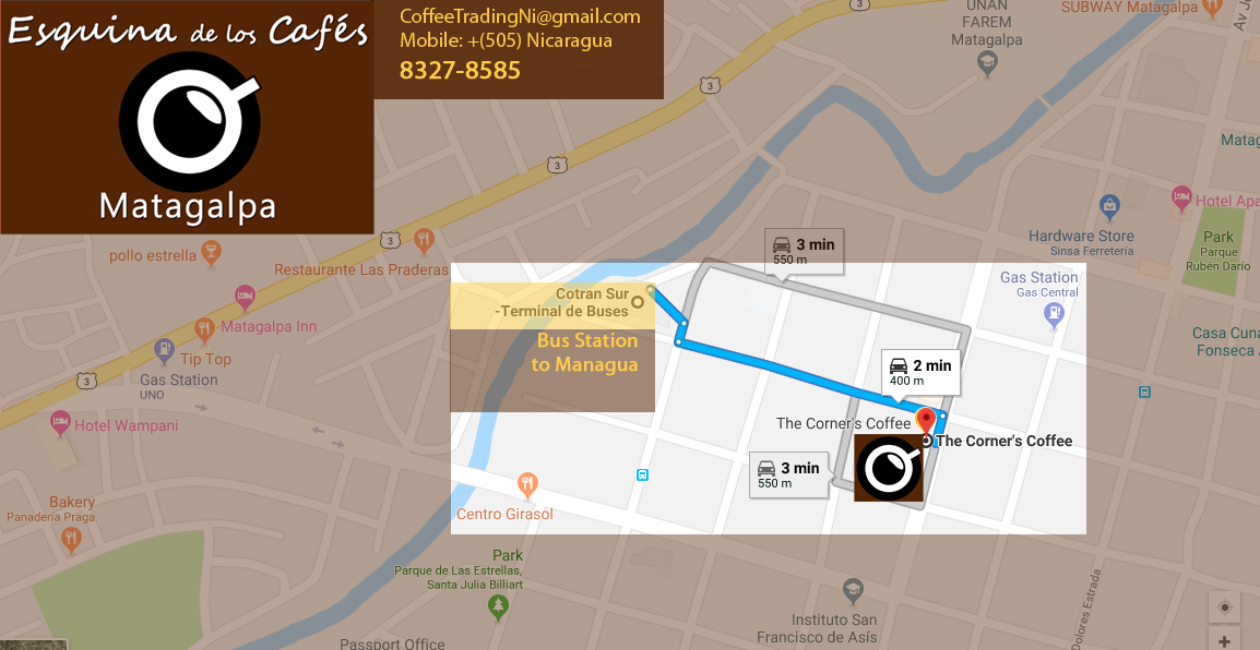 We are glad of making a new batch of VIENNA CHOCOLATE of 72% CACAO.
To post an order with us please send us an email to:
CoffeeTradingNi@gmail.com

We ship usually to Europe, Germany, USA and Canada.

This is TOTAL WHOLE FOOD, no fractional or mechanical separation.
Chocolate Viena 72% Cacao. EsquinaDeLosCafes Chocolate is a non-conventional one.
This unique Chocolate is made of Whole Cocoa roasted nibs.
This is NOT a unswettened cocoa chocolate.
This chocolate has no fat added.
The Cocoa Butter is part of the natural structure of the Cocoa Nibs.
This Chocolate is premium because of its original system of fermenting cocoa creating a more floral and fruty aroma and flavours.

We manufacture our own Artesanal Chocolate.
This is the only Whole Cocoa Chocolate in the World: We don’d add Cocoa Butter because we have never remove it.

We ship directly to your Home & Office our Premium Roasted Cocoa Nibs.

We do Cocoa Contracts, please tell us about your quality requirements.

To post an order with us please send us an email to:
CoffeeTradingNi@gmail.com